Kickstarter is a hot new social way to get investors warm for your product idea. It markets itself as a “funding platform for creative projects”. Those creative projects can be food, design, fashion, art, comics, games, technology, music, …

The deal is that you design a Kickstarter page,  stating all cool stuff your product would do and how much money you need to actually produce it.

People who are interested can subscibe to your page and reserve (“pledge”) money for your cause. Only when you hit your amount within a period of time, those people will actually be billed. In return for their “angel investment”, they get something in return. A free version, limited edition, fun experiences,…

Over 37 000 or little less than halve of the Kickstarter projects are successfully funded. There have been a few awesome products that came out of kickstarter, like the Pebble watch (that can bluetooth-connect to your smartphone and have lots of cool features and apps) or the 3D printer pen (a pen that can write 3D material).

A few weeks ago, when I was dreaming up some specs that would be awesome for SharePoint, it suddenly hit me. The SharePoint community needs a Kickstarter place.

Yes, agreed, we have Codeplex for developers who are doing pet projects and want to show off their work so other people can use it (for free). And Codeplex has awesome projects that I have used in many projects.

But me, for example. I am not a developer. I can do some funny stuff in jQuery and have knowledge of HTML, but don’t ask me to conjure up a webpart or a custom page.

I am sure that there are a lot of people like me, business-minded people that  have all sorts of cool ideas but no developer knowledge to actually build it. And not the budget or the time to have IT build it. Those ideas could service other companies as well, if it would only exist. Not only that, developers and companies can immediatly see if the market has interest in their idea, and if all goes well…even the money to make it.

It would be cool that I could dream up some really wacky idea, post it somewhere and developers who are interested in building it could answer the call.

They don’t have to do it for free though. They can state how much time/budget it would require them to make it, and organisations who are interested in getting the feature can subscribe and serve as investor. If something would require  20 hours of work (at a rate of 100$ per hour) the idea would cost 2000$ to make.

The developer could make “shares” of 100$ and if 20 companies are interested, you get the budget and the developer can get to work to build it. Afterwards, all companies get their version.

Of course, those companies probably have different requests on such a feature. One wants to have it in green, some in dutch and french, the other wants to have it capable of adding a special field. Those things would have to be clear from the start.

Service after you bought the item is also something the developer needs to keep in mind when he states the budget. I am not talking of years of full on-site support, but testing and acceptance will be needed after companies get the feature.

So why don’t you do it on an actual kickstarter page/project ? Well, the SharePoint community is awesome. And Codeplex is alive and kicking. But this is something that falls in between all those platforms.

There are tons of opportunities here for all kinds of people:

So, what do you think ? Usefull ? Something you would contribute to ?

What do you do with all your awesome SharePoint ideas ? I would love to hear it. 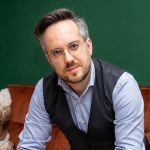